Have you ever seen somebody with striking eyes and asked yourself, what it is exactly that gives them such an alluring look? Maybe it was their color, or their shape, or the expressions they made and the character it imparted on the person who had them. That so called “glint” in their eyes.

But what if there was a hidden factor that contributed to their beauty?

Maybe the secret to beautiful eyes depends on the visibility of something called the limbal rings.

Limbal rings are the dark outer rings that encircle the iris, creating the border that separates the iris from the whites of your eye called the sclera. Essentially, they make the whites appear whiter and the iris “pop” with color through contrast.

These rings are an optical effect produced by the corneal limbus. The more transparent your corneas (the outermost layer of your eyes; see diagram below) the more visible these rings will appear.

What can affect the transparency of your corneas? Age related medical conditions such as glaucoma seem to be a culprit. A healthy heart and circulatory system is also a factor because higher levels of phospholipids in your bloodstream (a risk factor for cardiovascular disease) decreases their visibility. Also genetics, since some people are naturally born with less distinct rings than others.

When they are prominent the rings are a sign of vitality, youthfulness, and as an extension, beauty. The older you get the more these rings tend to blur and fade and the eyes lose their luster as the boundary between the iris and sclera becomes less distinct. This starts in your late 20s to early 30s and advances with age although it can happen even earlier for some people.

A 2011 study of 45 participants found both males and females rated faces with darker and thicker rings as more attractive than identical faces without the rings. The study suggests that these preferences have been shaped by natural selection to use the rings as an indicator of reproductive fitness.

An interesting side-note, the study also mentions how the rings are harder to detect in irises with darker pigmentation (i.e. brown or black eyes) and as a result they might have a lesser influence on the perceived facial attractiveness of those people. Lighter-colored eyes have a greater chance of reaping their benefits since they can be seen more clearly.

Don’t lose all hope if you don’t have them. The study also says:

A different study performed by researchers from the University of Southern Mississippi found ratings of health depended on whether the person rating was male or female. Specifically, darker limbal rings were more important for women rating the faces of men. Men rated the faces equally. This study suggests it’s more important for men to have them in order to be rated as attractive than for women. Women consistently rated men with limbal rings more desirable as short-term mates.

Why could this be? Think of it like this. Women have more to lose from a one night stand than men who are usually less discerning when it comes to picking up a date. They place higher attractiveness standards on short-term but not long-term mates which explains this phenomenon. Reproductive success for men is on the other hand is much less costly because they don’t get pregnant!

Pupil dilation is another trick of the eyes that subconsciously attracts people. Remember most people aren’t even aware of these factors, they’re just drawn to them naturally without being able to put their finger on it. Advertisers know this which is why they use models with large and dark pupils. This is a sign of arousal and triggers an emotional response in the person viewing them which gets them in a more agreeable state to buy!

Limbal rings are hard to fake naturally. This is what makes them a reliable indicator of beauty from an evolutionary standpoint.

Nowadays, you can find contact lenses with very pronounced rings that artificially recreate the appearance. Circle contact lens for example, are very popular in Asian countries like Japan and Korea. They makes the eyes appear larger and often have the both exaggerated pupils and limbal rings for dramatic effect.

They usually do NOT correct your vision or make you see better than ordinary lenses so their function is completely aesthetic.

Some people believe too much screen time and staring at a phone or TV all day especially from up close can damage the eyes. While there is no direct evidence that they actually affect the limbus, it wouldn’t be too far-fetched to think reducing your exposure over a long period of time can help prevent age-related decline in the limbal rings.

Staying in good shape and keeping your heart healthy as we mentioned in the above section will also go a long way. Remember, studies theorize that they’re primarily a signal of health so if you keep healthy you can expect to keep them around into older age.

It might be true that beauty is in the eye of the beholder, but it’s an unavoidable fact of life that certain features are sought after by the majority of people.

Limbal rings it seems is one of these features.

That’s not to say it’s the end all be all and that preferences for eye color and eye shape don’t exist. They may not be a deal-breaker but it’s better to have them than not. No point in getting overly insecure about them either since there’s not much you can directly do about them. Maintaining a healthy lifestyle and taking care of your eyes for as long as you can are your best bets to keep those dazzling rings around. You can also try contact ring lenses although they’re not really a practical long-term solution. 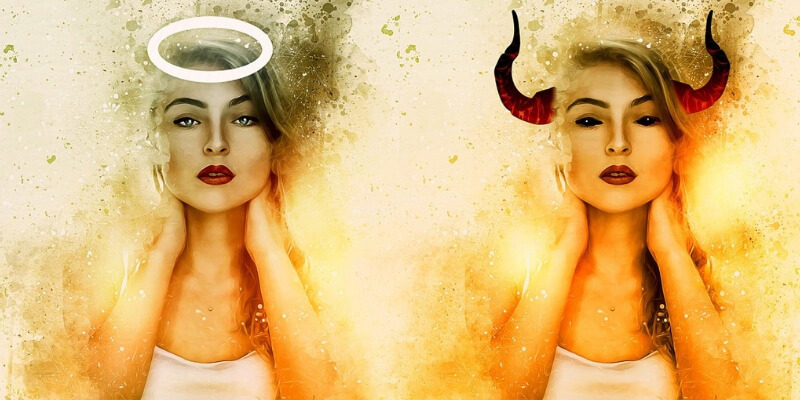