In the world of skincare and beauty, trendy treatments come and go.

If you’ve been paying attention the last few years, you may have noticed something called “hyaluronic acid” popping up in lotions, moisturizers and everything in between.

Even dermatologists are recommending the stuff and injecting it deep into the layers of the skin.

Is it another fad? Is it the transformative fountain of youth miracle treatment some have made it out to be? Or is it just hype?

As your recently made-up-with former ex might say, “It’s different this time.”

Hyaluronic acid, or as its commonly abbreviated, “H.A.” is here to stay.

Known for its hydrating properties, it’s an ingredient great for all skin types – normal, dry, oily, sensitive, acne-prone, and so forth.

We’re going to break down its benefits and show you why hyaluronic acid should be a staple of your skincare routine.

What Is Hyaluronic Acid and How It Works

Hyaluronic acid is not actually an acid but a type of sugar called a polysaccharide. It’s a clear substance already produced naturally by your body and its found mostly within connective tissue and the different layers of your skin.

Hyaluronic acid is renowned for its ability to attract and store an incredible amount of moisture.

Picture this for a second: A single molecule of hyaluronic acid can hold 1000x its weight in water. One gram can hold up to six liters!

One of the reasons it works so effectively is because the best H.A. products are composed of varying sized molecules.

What this means specifically for skincare is that the lower weighted molecules which are readily absorbed can sink deeper and faster into the skin working from the inside out, while the heavier, larger molecules stay at the top working on the surface and attracting moisture from the air.

When the molecules sink into the layer of your skin called the extracellular matrix (ECM), hyaluronic acid which composes most of the matrix can lubricate and firm up the skin by acting as a cushion that attracts moisture, “plumping it up” so to speak.

The extracellular matrix is a collection of molecules and proteins which are secreted by your skin cells that give support to its structure and the surrounding cells. It’s where you can find H.A. as well as collagen and elastin which all work together to produce firm, supple skin.

Fun fact: This is why products claiming to be 99% H.A. aren’t actually so. Most of the formula or solution is water and only about 1-2% of that is H.A. Don’t despair, that’s a good thing. Too much H.A. will draw the water from the deeper layers of the skin to its self at the surface where it can evaporate. This produces the opposite effect: dried out skin!

We’ll talk about how you can handle this potential issue further below.

Sodium hyaluronate is an ingredient derived from hyaluronic acid. It is a water-soluble type of salt rock sometimes used in place of H.A. to lessen the chances of the ingredient oxidizing since it’s in a more stable form. It still has the same function and benefits but is absorbed much easier by the skin thanks to its smaller molecular size.

This doesn’t necessarily mean it’s better. Sometimes products that absorb quicker can cause irritation or an inflammatory type reaction as a shock to the skin. This is unlikely to happen with either sodium hyaluronate or hyaluronic acid but we’re just giving you the heads up. Keep in mind that H.A. can also be bioengineered by chemists to have a lower molecular weight, as we mentioned before. Oftentimes it’s best if a product contains both types to reap its benefits on multiple levels.

So, if you see ‘sodium hyaluronate’ on the label know it’s basically the same thing as H.A. Same if you see the name ‘hyaluronate’ which is also another name for the ingredient.

There are no known negative side effects for H.A., whether it be applied topically, taken as a supplement, or administered through an injection although it’s generally recommended that pregnant women or women expecting to be pregnant should stay way because it’s not well understood how it can potentially interact with pregnancy.

And in case you were wondering, no H.A. does NOT cause increased photosensitivity. This means you won’t be more susceptible to UV ray damage from the sun as in the case of Vitamin C serums or certain exfoliants. On the contrary, H.A. will minimize the effects of external skin damage from the sun, smoking, and air pollutants in the environment.

Overall, hyaluronic acid is a safe and well-tolerated ingredient making it one of the reasons we recommend it for sensitive skin types. Any allergic reaction experienced in a product is likely to be due to other ingredients and NOT the H.A. itself.

How Hyaluronic Acid Benefits Your Skin

H.A. is prevalent in anti-aging serums and moisturizers for a reason. Now let’s look at how it will specifically help each issue thanks to its unique properties.

Having dry skin is like waking up in the morning after a poor night of sleep and getting ready to go to work on a Monday. Well hydrated skin is the opposite, alert and it has that extra “hop” in its step.

We’ve already talked about how hyaluronic acid has an incredible ability to draw water from its surroundings. It does this by acting as a humectant which means it retains moisture.

Dehydrated skin is a problem and contrary to popular belief, not exclusive to dry skin types. Your skin can be oily and still dehydrated.

Here are some sure-fire signs of chronic skin dehydration:

Here was a study performed in Japan which gave participants 240 mg a day of H.A. for six weeks as an oral supplement. Researchers found that after only three weeks there was already a significant improvement compared to the placebo group with further improvements seen after the full six weeks with skin moisture in the lower left part of the eye (one of the areas tested) increasing and smoothness in the upper arm and the back of the neck also improving.

They also observed that the group given H.A., “…a tendency for the skin moisture to increase in the face, compared with the placebo group…”

The researchers concluded with, “This review shows that consuming HA moisturizes the skin and employing HA as a dietary supplement makes the skin healthy.”

If you have bags under your eyes or other visible signs of aging like wrinkles, fine lines, crow’s feet, or just general sagginess H.A. can be a real game-changer if added to your routine.

As you get older, your skin naturally loses its youthfulness for a variety of reasons. Too much sun exposure, a decrease in hormonal levels especially estrogen in women, decreased collagen production, and a decreased ability to bind and retain water are all contributing factors.

The size of the H.A. polymers naturally found in your skin also progressively become smaller as you age. This is a sign of photo-aged skin as it has been noted that the molecules degrade in contrast to skin that has avoided UV damage.

That’s why products containing H.A. are touted as anti-aging treatments. They can help reverse these signs of aging on the face by smoothing out wrinkles and firming up saggy skin just like it does in younger people who naturally have more.

Hyaluronic acid applied to the face through injection had improved “…the skin sagging of both the face and the cheekbones contours, the lips volume, and decreased the wrinkle depth and volume…” according to one study.

Another study tested a topical application of just 0.1% H.A. at five different molecular weights. It was given to 76 female participants between the ages of 30 and 60 who showed clinical signs of periocular winkles (meaning wrinkles around the eyes) for 60 days total. They measure skin hydration and elasticity before and after treatment and found that both measures found significant improvements compared to placebo.

An interesting finding is that the lower weighted molecules of H.A. performed better because they could penetrate deeper into the skin which may be of interest if you want to use H.A. for anti-aging purposes rather than dry skin.

How to Add It into Your Routine

There are three different ways you can incorporate H.A. into your skincare routine. A topical application, a supplement, or injections. Let’s talk about each one.

You can find hyaluronic acid as a topical ingredient in a variety of skincare products: moisturizers, creams, serums, toners, lotions, and so on.

If you’re using a product that is predominantly made of H.A. (or sodium hyaluronate) you want to apply it BEFORE your moisturizer and AFTER your cleanser.

Always apply onto damp skin (post-shower for example). You can also use a spray bottle and spritz enough water to slightly dampen your skin and then add your moisturizer JUST BEFORE it dries down completely to help absorption.

In general, you don’t want to apply onto dry skin because you want it drawing moisture from the air or from your other products and not from the deeper layers of your skin. Using an occlusive that can lock water onto your skin and prevent water loss will help the hyaluronic acid work best.

If you want to try a topical application check out the Hyaluronic Acid Serum by Asterwood Naturals.

Unlike other serums that are formulated using a variety of ingredients, this one primarily contains H.A. and water. In this case the H.A. is at about a 2% concentration. Remember that serums will primarily contain a carrier ingredient (again, usually water) and a much smaller concentration of the active ingredient since it’s more powerful. Too much would be overkill!

Ever heard of Restalyne or Juvederm? Both are dermal fillers which contain H.A. and are used to diminish the appearance of wrinkles.

Getting H.A. injected into the deeper layers of your skin often involves multiple sessions over several months. It can help plump up lips and rejuvenate under eye sagginess.

In the study we linked to above testing the effectiveness of Fillerina (another dermal filler brand containing H.A.) on women between 25 and 55 years of age who showed at least mild signs of skin aging found that it increased their lip volume by 8.5% after just three hours of injection and 14.2% after 30 days. Wrinkle volume decreased by 26.3% after 30 days and wrinkle depth by 21.8%. The volume of the cheekbones was increased and sagginess around the face and cheek contours also decreased.

Of course, if you choose to get injections you would need to speak to a dermatologist and likely shop around for prices because they can vary from brand to brand and doctor to doctor.

H.A. is commonly found in supplements used to treat osteoarthrosis and joint pain thanks to its lubricating effects. Of course, it can also be taken for its skin benefits and supplementation often ends up being cheaper than injections or topical applications although they have a more immediate effect.

Supplementing hyaluronic acid for beauty purposes is more common in Korea and Japan but quickly catching onto the rest of the world. Like any other supplement, you’ll need to be consistent in its use and should expect to see results within 3-6 weeks.

In the Japanese study we mentioned before, doses of 120 mg and 240 mg were found to produce the same results so we recommend taking at least 120 mg daily.

If you’re looking to revamp your skincare routine in the hopes of looking younger or helping your skin stay properly moisturized you can’t really go wrong with H.A. It’s a well-tolerated ingredient that has proved itself in studies to do what it claims to do. Whether you choose a topical product, an injection at the doctor’s office, or a plain old supplement, you’ll reap all the skin benefits it has to offer. 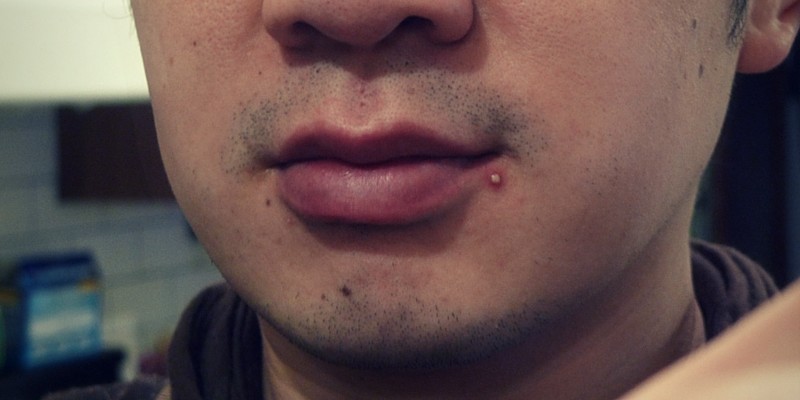