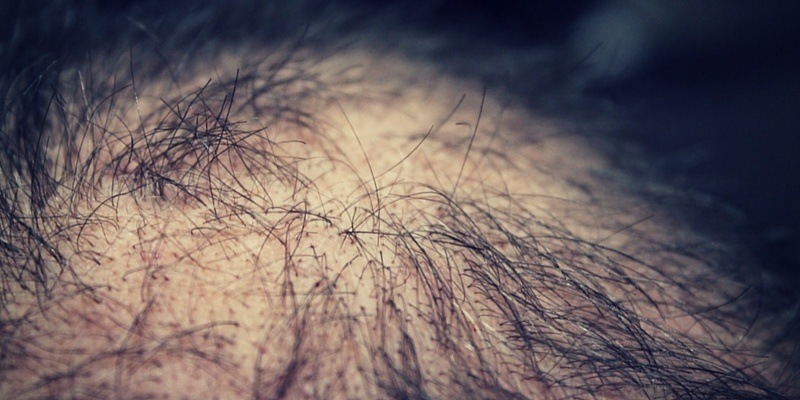 *Welcome to the third part of our hair loss series. In case you missed it here’s PART 1 where we discuss why hair loss happens, how it progresses, and some common myths associated with balding. PART 2 talks about the different options available to treat your hair loss.*

Now that you know how to treat MPB (male pattern baldness), you’re probably wondering how to make the most of your hair as it regrows. The right hairstyle will still make you look attractive despite having less hair to work with.

Remember that it might take months or even a year before a substantial amount of your hair grows back (depending on how early you started treatment) and you’ll want to look your best in the meantime which is why we made this hairstyle guide specifically for balding men.

That being said, noticeable hair loss does put some limitations on what you can do. If you’ve read our general men’s guide on how to choose a new hairstyle, you know that factors like the shape of your face and the unique characteristics of your hair are important when making a decision on a new hairstyle.

With hair loss, depending on how much thinning you have at the crown, there may simply be too little hair to work with for face shapes that need height or volume. There are a couple tricks you can use to get around that but again, it becomes a bit harder. As your hair regrows, you’ll be able to continually improve upon your hairstyle until it’s back to or near full strength.

And as always, keep experimenting with different hairstyles to find what looks best on you.

Embracing a balding head shows you’re not afraid of losing your hair and it comes with the added benefit of not having to worry about how it looks. Some guys pull this look off really well, others not so much.

How do you know if you’re someone who can?

Men with a masculine appearance, think the opposite of a “pretty boy”, have an easier time pulling off a completely shaved head and still oozing sex appeal. A muscular body or a strong jaw and chin are features that would complement this look very well.

Your role models for this “hairstyle” should be The Rock and soccer player Freddie Ljungberg. Both have masculine faces and bodies which help pull off the look so hair loss doesn’t end up detracting much from their attractiveness.

We also recommend you consider completely shaving off your hair if you have an obvious bald spot at the crown or if you’re at or past a Norwood stage 5.

With very little to no hair at the top, you’re pretty limited in what you can do with it anyways and it makes little sense to keep whatever you do have remaining at the sides and back because it’ll only leave a spotlight at the crown. The George Costanza look has never been attractive.

You want your hair loss to be an afterthought not the first thing people notice about you and by completing shaving it off, you’re leaving it in the background instead of showcasing it. Yes, it’s counter-intuitive but it works because you embrace it.

Another group that can go the fully shaven route and still look great the majority of the time is black men. Whereas for most people it’s a hit or miss, black men are fortunate because for whatever reason (likely societal influences) completely shaving off their hair detracts very little if any points off their appearance.

Remember: Facial hair is a tool you can utilize to make this style look even better and inject some personality to your appearance.

Think Tyson Beckford, who keeps his head shaved and uses facial hair to create a masculine, mature look that really complements his image. Freddie Ljungberg also keeps some stubble on his face which improves his appearance.

So if you fall into any of these categories, try going fully bald. If the thought of cutting off all your hair scares you there are other options.

An alternative to the fully clean shaven look especially if you still have some manageable hair at the top is a high and tight military cut or a buzz cut. These shorter hairstyles drive attention away from any recession or bald spots. They’re also masculine cuts associated with a no nonsense attitude and discipline thanks to their association with the military (and those aren’t particularly bad traits to be associated with).

The high and tight military style draws attention away from thinning hair by cutting the longer hair on your sides and back shorter than the top, creating the illusion of having more hair up there than there really is.

A buzz cut is also a good alternative to the clean shaven look by leaving your hair short and uniform in length. Once again you have the added bonus of not having to worry about maintenance. Buzz cuts are basically a shorter version of the Caesar cut which we’ll talk about below.

The high and tight military style and buzz cut are good styles for anyone with a receding hairline or that’s currently in the beginning stages of developing a noticeable bald spot at the crown. If you haven’t yet reached a Norwood stage 5 we recommend trying them out.

Your role model for the buzz cut should be Jason Statham aka the patron saint of bald men everywhere. Statham combines the buzz cut with facial hair creating an extra masculine appearance. We can confidently say that Statham is “maxing out his looks” with this combo.

The Caesar cut is basically a buzz cut except left longer. The hair is cut uniform in length of about 1-2 inches with straight fringes. This style is particularly good for people still in the earlier Norwood stages who have relatively little hair loss and are uncomfortable sporting extra short hair.

We like this style because the forward fringe will help mask a receding hairline and also reduce the size of the forehead which will only appear to get progressively larger as recession continues. You can let the fringes grow out a bit if you feel your forehead is extra large and need longer hair to cover it up.

The Caesar cut got its name from the Roman emperor and it has been popularized by George Clooney who essentially perfected the look. We like it as an alternative to the styles above if you want something a little longer but still easy to manage although it will only really work with Norwood stages 2 and 3.

In our guide on how to talk to communicate with your barber we explain:

“Layering can be thought of as the opposite of thinning where if you want to ADD volume (at least the illusion of it) you’d ask to get your hair layered.”

This makes layered cuts one of the go to options for balding men. In a layered hairstyle, the hair is cut at uneven lengths so you can expertly disguise thinning hair. Multiple, cleverly cut layers of hair will allow you to sport longer hair without putting the spotlight on your bald spot or receding hairline.

These types of style are particularly useful if you have recession at the temples. Think of Jude Law and his signature strip of hair that comes down the middle.

The key to really pulling off layered hair is tousling it around creating a messy, “just-woke-up” disheveled look. Even with obvious recession, Law’s hair still looks pretty good because he embraces the bedhead look and owns it.

If you’re further along the Norwood scale, you might not have enough hair to pull this look off. Layered hairstyles are more for stages 4 and below on the scale.

The following hairstyles are unacceptable for anyone interested in retaining their physical attractiveness. If you try pulling them off — don’t say we didn’t warn you.

A comb-over is when you grow out your remaining hair long enough to be able to “comb it over” any bald spots you’d rather have concealed. The reason comb-overs are so strongly discouraged and looked down upon is because it’s nearly always obvious to anyone that you’re balding, so it suggests you’re insecure about it.

The person most commonly associated with the comb-over is Donald Trump. Say what you want about his politics but everyone can agree Trump’s hair is atrocious – it makes no sense keeping it around and taking the time to style it just the perfect way so you unconvincingly show off your “Norwood 1” to other people.

We’d recommend Trump shaves off the hair and experiment with some facial hair but for some reason we doubt he’d even care enough to listen… (sigh).

The power donut is when you leave the hair at the sides and back to grow out forming a ring or “donut” around your bald top. While it communicates you’re not really affected by your hair loss emotionally enough to care – it also suggests you don’t take care of your appearance or that it just doesn’t matter to you which is why you should steer clear.

Most commonly seen on sports TV talking heads and middle aged executives (think Kevin O’Leary), the power donut isn’t a hairstyle that will make the most out of your looks – one of the reasons being is because it’s associated with older people and age or those “past their prime”.

If you’re capable of sporting a power donut, you should strongly consider shaving your hair off completely or at least buzzing it down to a smaller length.

That concludes our men’s hair loss series. Be on the lookout for more articles by us on hair loss in the future and if you found this hairstyle guide useful please consider sharing it! 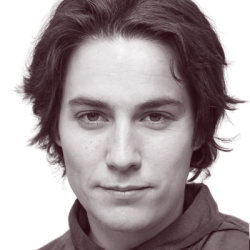